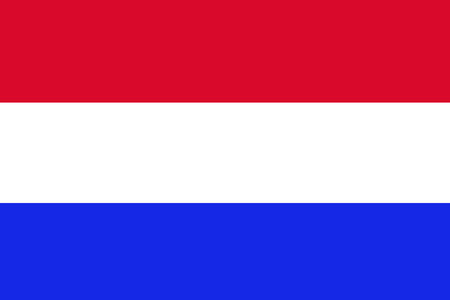 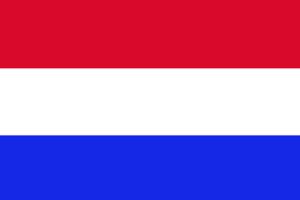 In 1634, after the Netherlands achieved independence from Spain following the Eighty Years’ War, the Dutch West India Company under Admiral Johann van Walbeeck invaded the island and the Spaniards there surrendered in San Juan in August. The approximately 30 Spaniards and many of the indigenous were deported to Santa Ana de Coro in Venezuela. About 30 Taíno families were allowed to live on the island. Dutch colonists started to occupy it. The WIC founded the capital of Willemstad on the banks of an inlet called the Schottegat; this natural harbour proved an ideal place for trade. Commerce and shipping—and piracy—became Curaçao’s most important economic activities. Later, salt mining became a major industry, the mineral being a lucrative export at the time. From 1662 the Dutch West India Company made Curaçao a centre for the Atlantic slave trade, often bringing slaves from West Africa there for sale elsewhere in the Caribbean and on Spanish Main.

Sephardic Jews fleeing from Spain and Portugal to Dutch Brazil and the Dutch Republic seeking a safe haven from persecution settled in Curaçao and have had a significant contribution to its civil society cultural development and economic prosperity.

In the Franco-Dutch War of 1672–78, Count Jean II d’Estrées planned to attack Curaçao. His fleet—12 men of war, three fireships, two transports, a hospital ship, and 12 privateers—met with disaster, losing seven men-of-war and two other ships when they struck reefs off the Las Aves archipelago. They had made a serious navigational error, hitting the reefs on 11 May 1678, a week after setting sail from Saint Kitts. Curaçao marked the events by a day of thanksgiving, celebrated for decades into the 18th century, to commemorate the island’s escape.

Many Dutch colonists grew affluent from the slave trade, building impressive colonial buildings in the capital of Willemstad; the city is now designated as a UNESCO World Heritage Site. Landhouses (former plantation estates) and West African style kas di pal’i maishi (former slave dwellings) are scattered all over the island.

In 1795, a major slave revolt took place under the leaders Tula Rigaud, Louis Mercier, Bastian Karpata, and Pedro Wakao. Up to 4,000 slaves in northwest Curaçao revolted, with more than 1,000 taking part in extended gunfights. After a month, the slave owners suppressed the revolt.

Curaçao’s proximity to South America resulted in interaction with cultures of the coastal areas more than a century after independence of Netherlands from Spain. Architectural similarities can be seen between the 19th-century parts of Willemstad and the nearby Venezuelan city of Coro in Falcón State. The latter has also been designated a UNESCO World Heritage Site. Netherlands established economic ties with Viceroyalty of New Granada, which included the present-day countries of Colombia and Venezuela. In the 19th century, Curaçaoans such as Manuel Piar and Luis Brión were prominently engaged in the wars of independence of Venezuela and Colombia. Political refugees from the mainland (such as Simon Bolivar) regrouped in Curaçao. Children from affluent Venezuelan families were educated there.

Stable Dutch rule returned in 1815 at the end of the Napoleonic wars, when the island was incorporated into the colony of Curaçao and Dependencies.

In the early 19th century, many Portuguese and Lebanese people migrated to Curaçao, attracted by the business opportunities.

The Dutch abolished slavery in 1863, bringing a change in the economy with the shift to wage labour. Some inhabitants of Curaçao emigrated to other islands, such as Cuba, to work in sugarcane plantations. Other former slaves had nowhere to go and remained working for the plantation owner in the tenant farmer system. This was an instituted order in which a former slave leased land from his former master in exchange for promising to give up for rent most of his harvest. This system lasted until the beginning of the 20th century.

Historically, Dutch was not widely spoken on the island outside of colonial administration; its use increased in the late 19th and early 20th centuries. Students on Curaçao, Aruba, and Bonaire were taught predominantly in Spanish until the late 17th century, when the British took Curaçao, Aruba, and Bonaire. Teaching of Spanish was restored when Dutch rule resumed in 1815. Also, efforts were made to introduce bilingual popular education in Dutch and Papiamentu in the late 19th century.