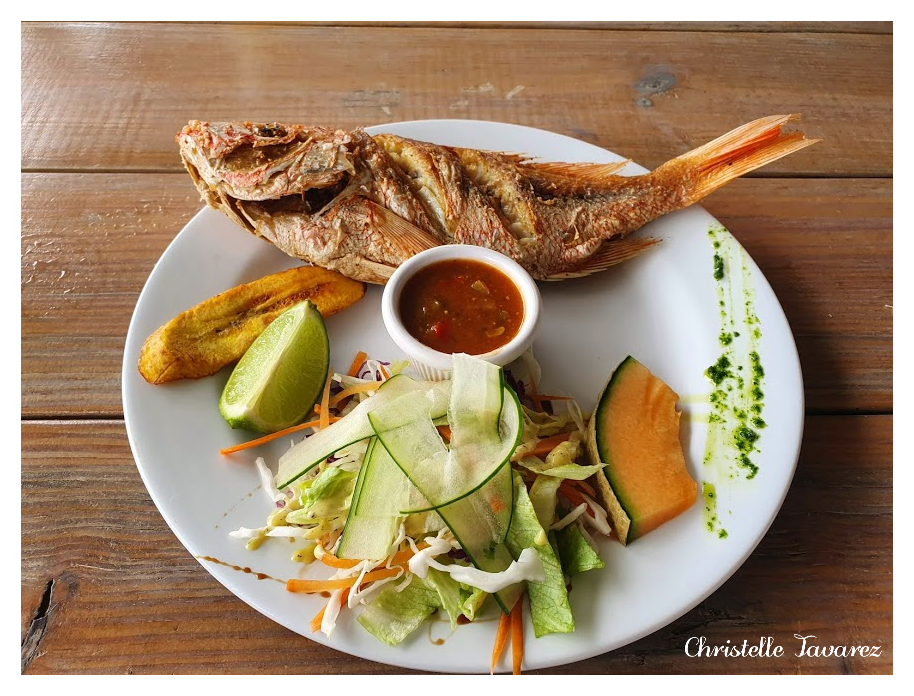 Local food is called Krioyo (pronounced the same as criollo, the Spanish word for “Creole”) and boasts a blend of flavours and techniques best compared to Caribbean cuisine and Latin American cuisine. Dishes common in Curaçao are found in Aruba and Bonaire as well. Popular dishes include: stobá (a stew made with various ingredients such as papaya, beef or goat), Guiambo (soup made from okra and seafood), kadushi (cactus soup), sopi mondongo (intestine soup), funchi (cornmeal paste similar to fufu, ugali and polenta) and a lot of fish and other seafood. The ubiquitous side dish is fried plantain. Local bread rolls are made according to a Portuguese recipe. All around the island, there are snèks which serve local dishes as well as alcoholic drinks in a manner akin to the English public house.

The ubiquitous breakfast dish is pastechi: fried pastry with fillings of cheese, tuna, ham, or ground meat. Around the holiday season special dishes are consumed, such as the hallaca and pekelé, made out of salt cod. At weddings and other special occasions a variety of kos dushi are served: kokada (coconut sweets), ko’i lechi (condensed milk and sugar sweet) and tentalaria (peanut sweets). The Curaçao liqueur was developed here, when a local experimented with the rinds of the local citrus fruit known as laraha. Surinamese, Chinese, Indonesian, Indian and Dutch culinary influences also abound. The island also has a number of Chinese restaurants that serve mainly Indonesian dishes such as satay, nasi goreng and lumpia (which are all Indonesian names for the dishes). Dutch specialties such as croquettes and oliebollen are widely served in homes and restaurants. 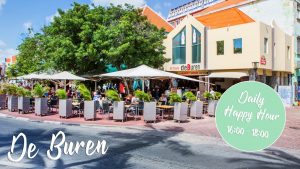 Eetcafé De Buren is located in the middle of the historic district of Willemstad, Punda. Punda is the old and enchanting city center of Curacao and is characterized by its small streets and alleys full of color and life. 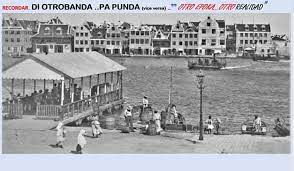 The 20th and 21st Centuries of Curacao